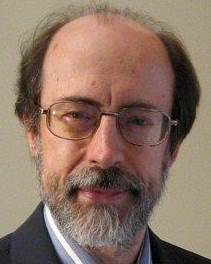 Armando J. L. Pombeiro is Full Professor Jubilado at the Instituto Superior Técnico, Universidade de Lisboa (ULisboa), Distant Director at RUDN University (Moscow), Full Member of the Academy of Sciences of Lisbon (where he was in charge of various positions, e.g., Secretary-General and Vice-President of the Class of Sciences) and Fellow of the European Academy of Sciences (EURASC). Founding President of the College of Chemistry of the ULisboa, former Coordinator of Centro de Química Estrutural and of its thematic line “Synthesis and Catalysis”, coordinator of the “Coordination Chemistry and Catalysis” group, founding Director of the PhD Program on “Catalysis and Sustainability” (CATSUS), co-founder of the Portuguese Electrochemical Society (former President) and of the Iberoamerican Society of Electrochemistry (SIBAE).

Among his honors, he was awarded Honorary Professorship by the St. Petersburg State University (Institute of Chemistry), Invited Chair Professorship by the National Taiwan University of Science & Technology, the inaugural SCF French-Portuguese Prize by the French Chemical Society, the Madinabeitia-Lourenço Prize by the Spanish Royal Chemical Society, the Vanadis Award, the Prizes of the Portuguese Chemical and Electrochemical Societies, the Scientific Prizes of the Technical ULisboa and of the ULisboa. Special Issues of Coord. Chem. Rev. and J. Organometal. Chem. were published in his honor. A symposium was held (Univ. of Oviedo) also in his honor.