Catalysis is by nature an interdisciplinary subject. Thus, the multidisciplinary composition of the research groups at CQE and the diversity of the available facilities is fully explored by this area of investigation. The external indicators of CQE include many publications in high impact scientific journals in this area, as well as several patents.
The work includes the syntheses of new chiral and non-chiral metal complexes and their application to different catalytic processes. Mechanistic studies are carried out by experimental as well as theoretical methods. Highly active and/or selective catalytic systems are developed and optimized in the context of homogeneous or heterogeneous catalysis. Some of the processes presently under study include C–H bond activation, oxidation and polymerization. 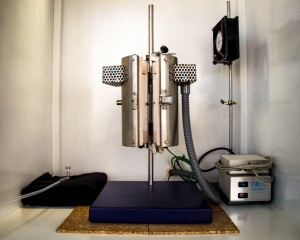 The area of Coordination and Organometallic Chemistry encompasses a significant part of the research conducted at CQE, where a large experience in the syntheses of metal derivatives, and their characterization by solution and/or solid state techniques have been developed over the years. The assessment of properties is often done in collaboration with other national and international institutions.

The work is centered on the development of mononuclear complexes or polynuclear assemblies that are designed for different purposes: either the reactivity of molecules with biological or environmental relevance or the development of systems with small, medium or large scale industrial significance.

Emphasis is given to the development of catalytic processes and structure/reactivity relationships. To achieve such goals, various techniques available at CQE are used to quantitatively determine particular biological, electronic, magnetic and/or structural properties. 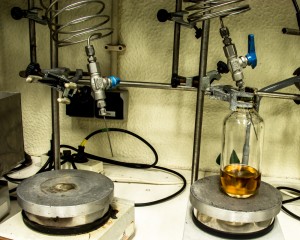 These topics include the study of the covalent and non-covalent interaction of small molecules with proteins and DNA in reversible or irreversible binding modes; the design and synthesis of small molecules acting as artificial nucleases; the study of the interaction of carbohydrates with metal ions; the elucidation of the chemical properties and functions of important biological molecules; the understanding of biology and disease pathways at the molecular level; or the elucidation of processes in pre-biotic chemistry. 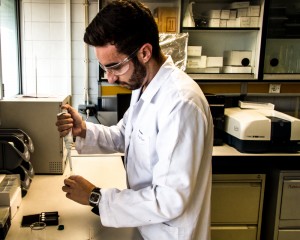 Drug transport in blood focuses on the understanding of binding to blood components (binding sites and binding constants) and the evaluation of how the binding mode may affect drug uptake by the target cells.

Toxicology issues encompass the reactivity of metabolites from therapeutic drugs, the biomonitoring of drug metabolites and the risk assessment of their DNA and protein adducts, and the bioactivation mechanisms of Dietary and Environmental Carcinogens. 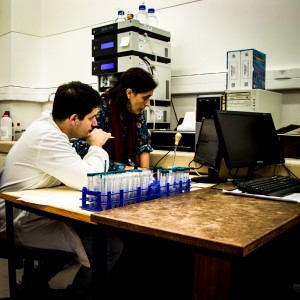 Molecular electrochemistry studies coordination, inorganic and organic compounds in order to establish redox potential-structure relationships and the conditions necessary for the induction of chemical reactivity by electron-transfer. It also studies possible applications in electrosynthesis, electrocatalysis and in mechanistic studies. 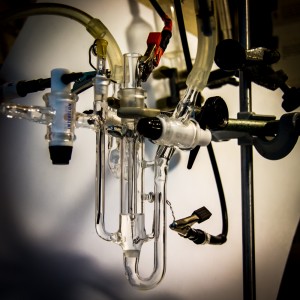 Important Research Lines in the area of Physical Chemistry include the study of self-organized systems, the development of atomistic force fields, the analysis of complex behavior in molecular and ionic fluids, surface science (including fluid and solid interfaces), and the measurement of key thermophysical properties relevant to other areas, from biomaterials to the environmental sciences.

Some of the tools used to accomplish such tasks range from statistical mechanics theoretical approaches (including molecular modeling and computer simulations) to powerful spectroscopy (NMR) microscopy (AFM, TEM) and diffraction (SAX, GIXS) techniques. 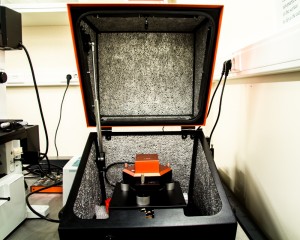 Statistical mechanics and experimental thermodynamics form a link between the properties of individual molecules and the corresponding macroscopic behaviour of matter.

The research work in the thematic area of Thermodynamics at CQE embraces both these branches of science —from the study of systems at the molecular level with nanometre and nanosecond scales, to the measurement of macroscopic properties at scales around or larger than millimetres or milliseconds. The studies focus on problems relevant to 21st century technologies such as molecular engineering, smart materials or nano-technologies.

The key aspect of the work carried at CQE in this area lies in its interdisciplinary nature, embracing computer simulation studies and experimental thermodynamics in topics as diverse as crystal engineering, measurement and prediction of thermophysical properties, colloid and surface science or biomaterials. The main goal is to have predictive and interpretative techniques linking the properties of molecules with the thermodynamic behaviour of a finished product. 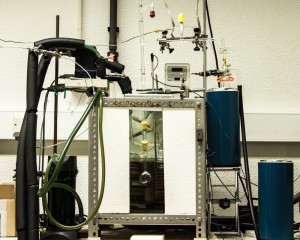 The research carried out at CQE in the area of Photochemistry is directed to the spectroscopic characterization and reactivity of excited states in chemical reactions. In particular, the ability of electronic excited states to induce and probe the occurrence of energy, electron and proton transfer processes has been investigated in relevant molecular systems, e.g. supramolecular complexes, colloidal nanostructures or conjugated polymers.

Throughout the years the group has developed extensive know-how in several transient spectroscopic and fast (µs, ns) and ultrafast (ps, fs) kinetic techniques as well as fluorescence confocal microscopy. 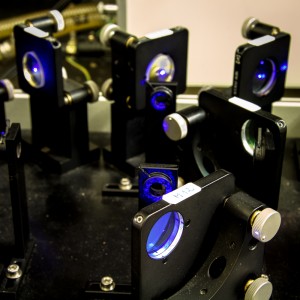 Environmental Chemistry
Environmental Chemistry at CQE involves the study of the physical-chemical processes of trace contaminants in environmental compartments in order to evaluate their transformation, fate, and effects on biota and ecosystems. The behavior of these contaminants is modeled to assess their bioavailability. Emphasis is also given on the development of analytical methodologies with special focus on electroanalysis and flow methods applied to physical-chemical processes in natural systems.

i) Emerging pollutants: nanomaterials
Nanotechnology is a relatively new area of science that has generated great excitement worldwide. Working at the nanoscale (1-100 nm), scientists today are creating new tools, products and technologies to address some of the world’s biggest challenges including renewable energy, environment, electronics, industry, agriculture, health care, biomedical, and textiles. Given the small size, high mobility, and high reactivity of the nanoparticles as well as its potential for release to the natural environment, it is important to evaluate their environmental risks and the possibility of being considered as new emerging pollutants.

– Metallic nanoparticles and colloids in the environment: dynamic speciation and toxicology
– Chemistry, fate and ecotoxicology of nanoparticles in freshwater mussels
– The transfer of engineered nanomaterials (NM) from wastewater treatment & stormwater to rivers
– Assessment and mitigation of NM-enabled product risks on human and environmental health: development of new strategies and creation of a web-based guidance tool for nanotech industries

ii) Priority pollutants: mercury, cadmium, lead, nickel and arsenic
Priority Pollutants refers to a list of specific pollutants subject to several different kinds of regulatory activity that includes specific organic chemicals and heavy metals, that even present at trace levels are very toxic and tend to accumulate in the biota.

– Mercury in aquatic and terrestrial environmentsfate and biogeochemistry in Tagus Estuary: seasonal variations of mercury / mercury methylation and their fluxes in the sediment-water interface
– Role of salt-marsh plants in the mercury fate, methylation and volatilization in Tagus and Guadiana Estuaries
– Behavior and fate of metals in municipal wastewater treatment plants
– Environmental risk assessment of metals: tools for evaluating bioavailability in the aquatic systems

iii) Climate changes: effects on ecosystems
Climate change is now widely recognized as the major environmental problem facing the globe. Climate change effects were particularly important in Polar Regions where sea-ice drift, ice cover, length of melt season, melting of permafrost and hydrology have been considerable altered over the last decades. It is likely that these key changes have also altered both the global carbon cycle and contaminants fate due to similarities in transport mechanisms (e.g. air and water flux rates) with consequent effects on Polar living organisms. 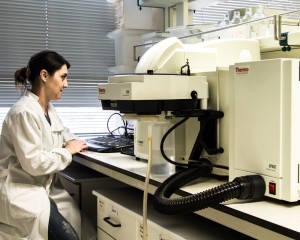