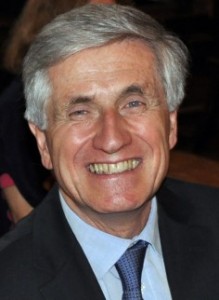 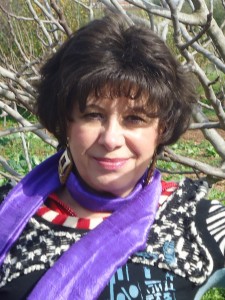 The BIOIN group is constituted by two sub-groups at distinct faculties. During the period 2013-17 active collaborations were
maintained, exchange of know-how, sharing of facilities and equipment available at each site to reinforce their research. Several
publications resulted from these collaborations and further improvement of synergies are expected.
The basis of the research made is the understanding that metal ions influence biological phenomena by interacting with functional
groups on biomolecules, forming metal complexes (MCs). Organic molecules or metal complexes are designed, and globally the
group uses coordination and organometallic chemistry as tools to give solutions to biological questions and develop prospective
therapeutic or diagnostic agents. Additionally, the correct understanding of the speciation of the metal-based drugs in vitro and in
vivo is critical for the evaluation of drug efficacy.

The seek for desirable effective biomedical drugs involves a combination of physical, chemical, biological and computational
approaches and the group addresses 3 main areas:

Within each, new projects are being launched as: novel approaches for speciation of MCs in incubation media and biological
fluids; use of unprecedented ruthenium 3D-eta5-carboranyl complexes with polymeric ligands for Boron Neutrons Capture
Therapy; design of new MCs selectively retained in the tumors and/or targeted to receptors over-expressed in the cancer cells;
and development of mediators for water oxidation under non-photochemical conditions.

To address the several interdisciplinary tasks, the establishment of intra-group, national and international collaborations has been
crucial for the activities during 2013-2017 and the publications of both sub-groups reflect this. These collaborations are expected
to be further developed.

ANTI-NEURODEGENERATIVE, ANTI-CANCER AND ANTI-PARASITIC DRUGS
the group has been developing Ru, Fe, Cu, Zn, V, Mo metal complexes, as well as metal-related drugs aimed to therapeutic
applications (eg: multitarget anti-Alzheimer´s disease drugs, inhibitors of matrix metalloproteinases and metal chelators for
sequestration of specific hard metal ions from biological fluids, MCs applied to treatment of neglected tropical diseases),
originating many publications. Namely, an extensive family of new Ru-cyclopentadienyl MCs incorporating bidentate ligands was
designed and synthesized. Presently the main goal is to increase selectivity for cancer cells, to prevent negative severe side
effects and to overcome the multidrug resistance. In this frame, selective accumulation of these drugs within cancer cells has
been accomplished through the inclusion of:
-bio-macromolecules to benefit from the enhanced permeation and retention effect
-biomolecules that are selectively recognized by receptors overexpressed in the cancer cells.
A lead compound belonging to one of these families revealed a high anti-metastatic effect in vivo and efficacy against the primary
tumor in an aggressive triple negative breast cancer (TNBC). A second generation of compounds bearing bipy-based
macroligands, was patented and a hit compound is being tested in vivo against TNBC.

DRUG SPECIATION, TRANSPORT AND UPTAKE
the group has been doing extensive work of speciation of MCs in incubation media, biological fluids, in cases of metal-overload
disorders and in the body, and development of the metal decorporation strategies, originating many publications. Namely, by the
use of novel techniques it was shown that the use of a Cu-complex in PC3 cancer cells disturbed homeostasis with an increase of
important physiological elements such as P, K and Ca, indicating that blocking the activity of certain ion channels may be
important for anticancer therapy, hence opening a field for anticancer drug research.
A new project aims to show the importance of speciation of MCs in incubation media (IcM) used in in vitro tests, for the
understanding of mechanisms of action of MCs based on labile metal ions. Most literature studies ignore the fact that at the low
concentrations used, the original MC is no longer present when dissolved in the IcM.

PREBIOTIC, BIOINORGANIC & COORDINATION CHEMISTRY
The group has been active in studies with several MCs, namely vanadium complexes, with many publications. In this frame, JC
Pessoa won the 6th recipient of the Vanadium Award (2014). O2 evolution from water oxidation is an important objective for
overcoming energy challenges, and it was shown that Amavadin and homologues act as mediators of water oxidation: A new
mechanism (cooperation between metal centre & ligand) and plausible biological role and applications were disclosed. O2
production by non-photochemical techniques is important eg for breathing air revitalization in enclosed environments such as
submersibles.