Tiago A. Fernandes in Chemforum

Tiago A. Fernandes, from CQE's BIOMOL group, will be the next Chemforum online speaker.

Tiago A. Fernandes received his PhD in Coordination Chemistry at Instituto Superior Técnico in 2013 (supervised by Prof. M. Fernanda Carvalho), after completing MSc (2008) and BSc (2006) studies at Faculdade de Ciências of Universidade de Lisboa (FCUL). After completing the PhD, Tiago was an Assistant Professor at Charles University (Prague, Check Republic), followed by several postdoctoral positions (2014-2019) at Centro de Química Estrutural (CQE/IST) and Centro de Química e Bioquímica (FCUL), working with Profs. Alexander Kirillov, Ana Cristina Fernandes, and Maria José Calhorda. Tiago is currently a Junior Researcher at CQE/IST/ULisboa under the CEEC Individual Call. Since 2016, he has also been associated to Universidade Aberta (UAb) as an e-learning Tutor and an Invited Auxiliar Professor at Departamento de Ciências e Tecnologia (DCeT/UAb), lecturing courses related to Chemistry and Environmental Sciences. He is a co-author of over 40 scientific publications, including 32 research articles in international journals, several conference proceedings and 2 book chapters. Tiago A. Fernandes has cooperated with various Portuguese and international institutions and participated as a co-investigator in 7 projects. He has reviewed for a variety of chemistry journals and now participates as a Topic Editor for Materials (MDPI) and Reactions (MDPI). 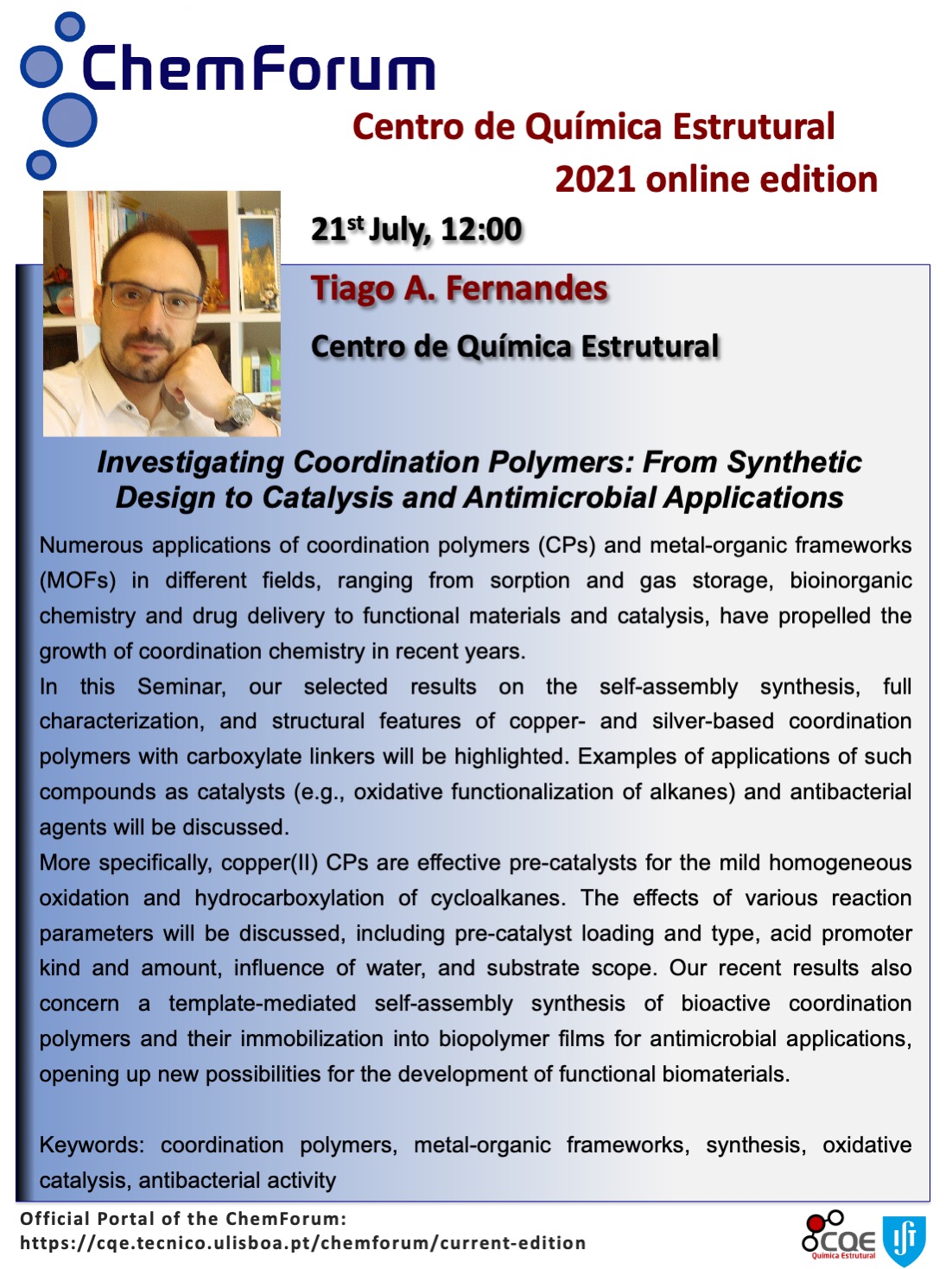