The 1st speaker will be Prof. Rui Fausto who will give a lecture on “IR-induced and tunneling reactions in cryogenic matrices: the (incomplete) story of a successful endeavor”.

Prof. Rui Fausto is professor of Chemistry and Director of the Laboratory for Molecular Cryospectroscopy and Biospectroscopy and of the Coimbra Chemistry Research Centre at the University of Coimbra. His research interests range from spectroscopy and solid-state photochemistry of molecules with astrophysical relevance to chemical imaging, theoretical and computational chemistry, vibrationally-induced chemistry and chemo-metrics. He has published more than 400 scientific articles in peer-reviewed journals and edited several books, either dedicated to the general public or to professional chemists and physicists. He is the Editor-in-Chief of the Journal of Molecular Structure. Along his career, he has occupied many different positions in the administration and scientific boards of the University of Coimbra, including the presidency of the Academic Council and the vice-presidency of the Scientific and Directive boards of the Faculty of Science and Technology, and the presidency of the Institute for Interdisciplinary Research and of the Chemistry Department. Rui Fausto has served as University of Coimbra Senator and as President of the Physicochemical Division of the Portuguese Chemical Society. In 2004 and 2005 he was awarded the “Stimulus to the Excellence in Science Prize” of the Portuguese Science Foundation. He is member of the European Academy of Arts, Sciences and Humanities (Paris), of several international scientific societies, member of the Honor Committee of the Portugal-Latvia Association, and coordinator of the High-Education Committee of the International Observatory of Human Rights. 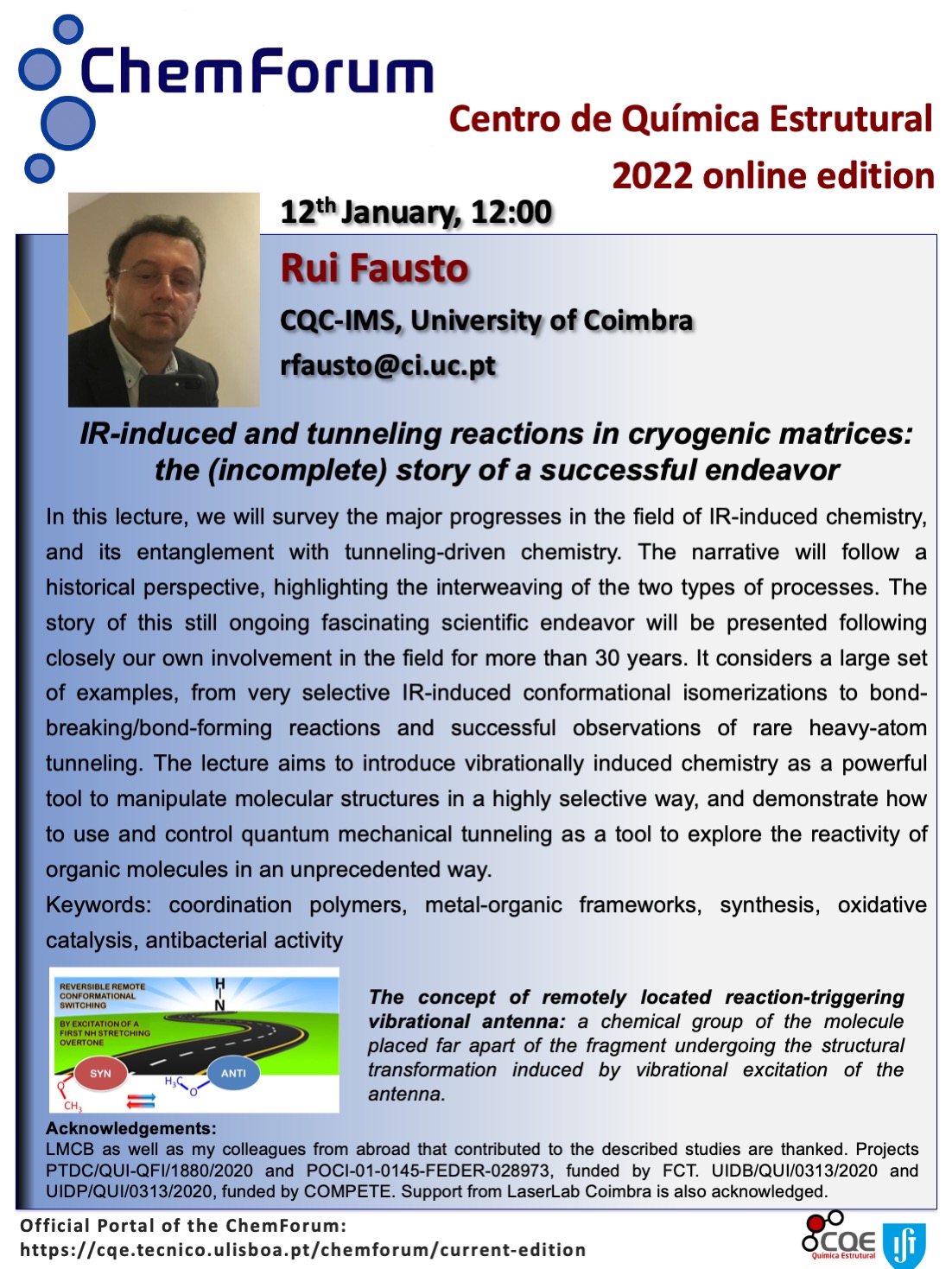