Chemforum is back and will be held online during 2021. The 1st speaker of the 2021 online edition is Rodrigo M.F. Almeida.

Join us in  Zoom.

Rodrigo M.F. Almeida is an auxiliary professor at Faculdade de Ciências da Universidade de Lisboa (FCUL) and a researcher in CQE@Ciências. He graduated in Biochemistry in 1999 at Lisbon University and obtained his PhD in Chemistry, in the field of Molecular Biophysics, in 2004 at the Technical University of Lisbon, where he also worked as a post-doc. His post-doc projects also included the Microspectroscopy Center of Wageningen University (The Netherlands), and the Biochemistry and Molecular Biology Department, Universidad Miguel Hernández (Spain). In 2008 R. Almeida won a 5-year position under the «Ciência» program to start his own group at Centro de Química e Bioquímica (CQB), currently merged with CQE, since then leading the Molecular Biophysics Lab at FCUL. In 2012, a Principal Researcher 5-year position for the period 2013-2018 was awarded by FCT. In 2018, he was again awarded with a Principal Researcher position by FCT this time under the program CEECInd2018. R. Almeida published 72 articles in international peer-review scientific journals, with more than 2800 citations, an h-index of 27, and an accumulated impact factor over 320, being corresponding author in more than 30. He co-authored 7 book chapters of international circulation. He is, since 2013, Editorial Board member for Front. Physiol., since 2021 in the role of Associate Editor and was part of the Review Board of Front. Cell. Development. Biol. between 2013 and 2016. R.Almeida supervised 4 post-docs, supervised or co-supervised 4 PhD theses concluded with Honors and Distinction plus 2 ongoing. Supervised 10 MSc dissertation(s) and co-supervised 4. 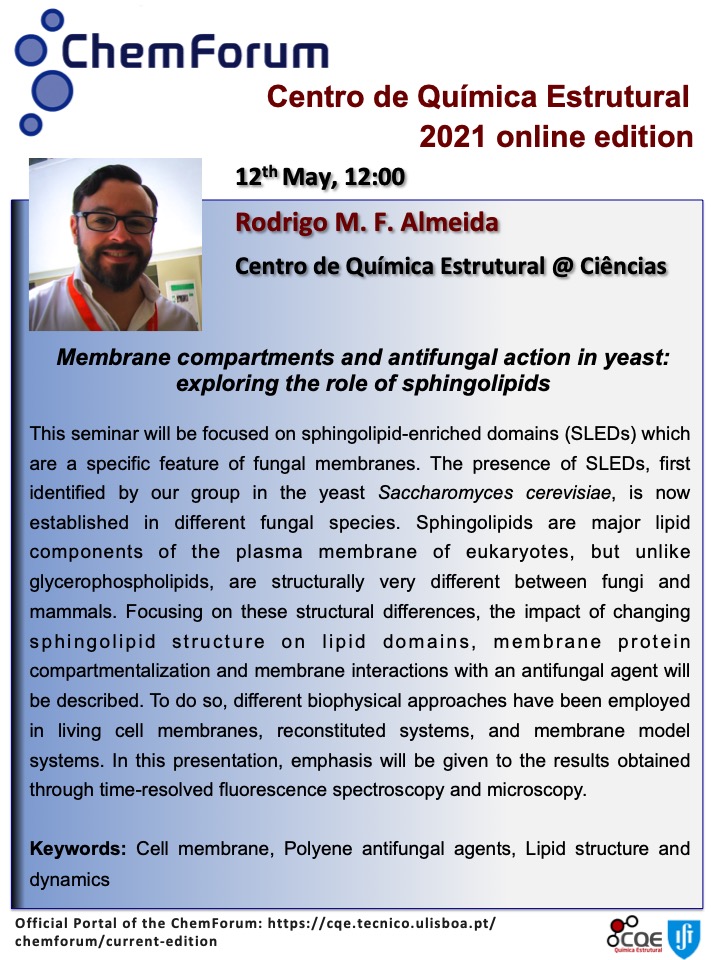