Nuno M. Xavier, from CQE@Ciencias will be the next Chemforum speaker. The session will be held in zoom.

Nuno M. Xavier is a Researcher at the Carbohydrate Chemistry Group of CQE@FCUL. He was awarded a double PhD degree in Chemistry (Organic Chemistry) from Universidade de Lisboa and from the National Institute of Applied Sciences of Lyon in 2011. He was afterwards a Postdoctoral Research Fellow at the University of Natural Resources and Life Sciences of Vienna and then at FCUL. In 2014 he was awarded an Investigator Starting Grant at FCUL, within the FCT Investigator Programme program, and in 2019 he was selected as Assistant Researcher at CQE under the CEEC Individual Call. His research has been devoted to the development of efficient synthetic methodologies for novel bioactive carbohydrate-based molecules, for which he has been internationally recognized with various Young Scientist Awards (e.g. IUPAC, Alberta Ingenuity Centre for Carbohydrate Science - Canada, Groupe Lyonnais des Glyco-Sciences - France) and an Innovation Award at the International Carbohydrate Symposium 2018. He has been particularly focused on nucleoside and nucleotide chemistry towards new molecules of potential therapeutic application. He has acted as Guest Editor for the journals Pharmaceuticals, Frontiers in Chemistry and Antibiotics. His research activities have been reported in ca. 40 publications and he has been Speaker of more than 30 lectures in international and national Symposia. 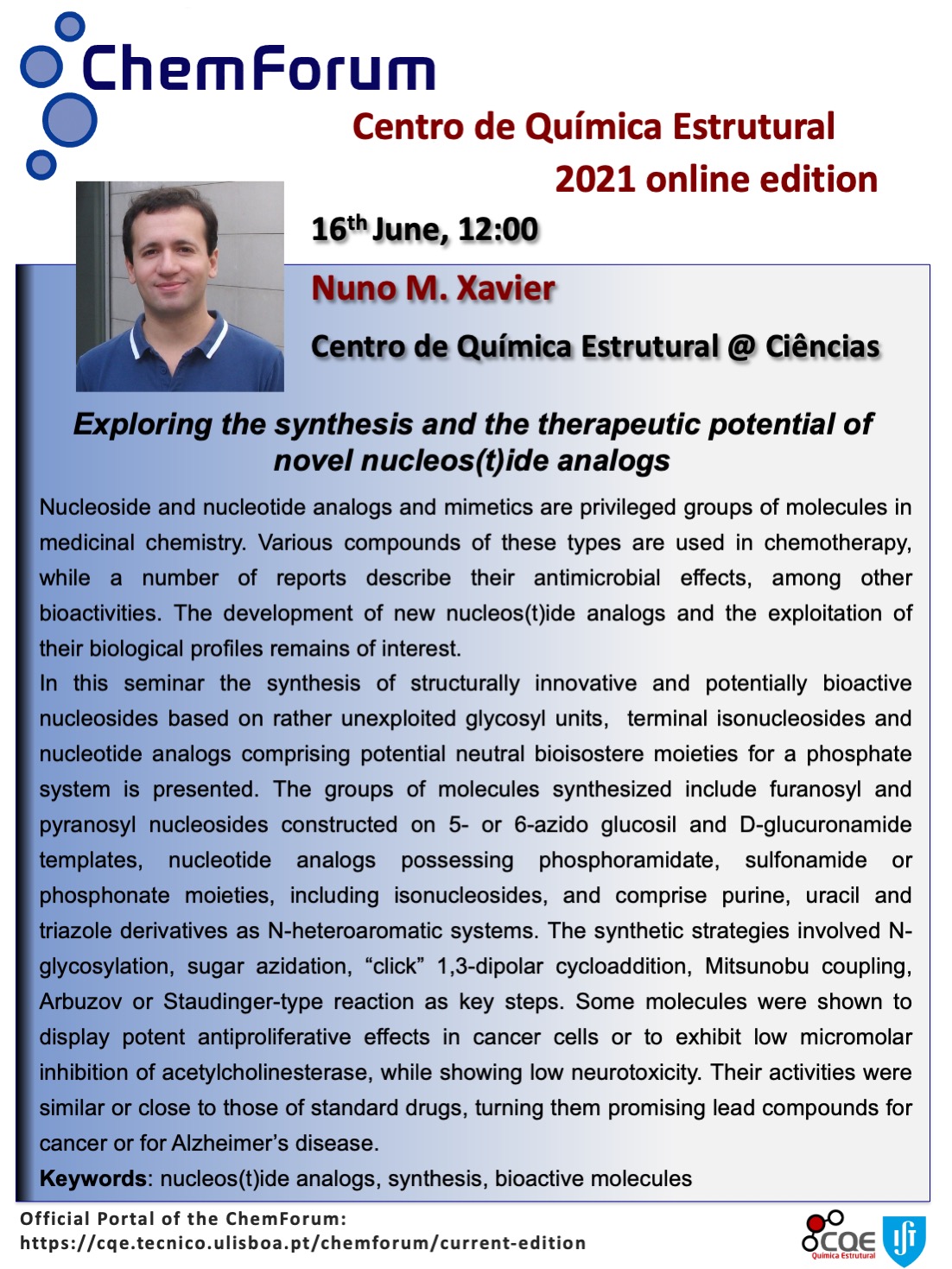