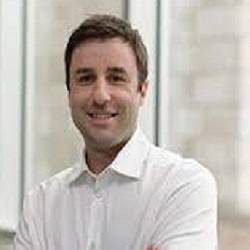 06 Chemistry for the Environment

Raoul Couture is an aquatic geochemist studying coupled geochemical cycles in lakes, soils and sediments, with a focus developing sampling approaches and modelling tools suitable for northern aquatic environments. His research touches on 1- the environmental and aquatic geochemistry of major elements and nutrients, 2- the modelling of water quality (reactive transport, diagenetic and lake modelling), and 3- the fate and speciation of redox-sensitive elements such as sulfur, arsenic, selenium and vanadium. In the field, he is particularly interested in the succession of redox processes taking place across reactive interfaces, such as the sediment-water interface and the oxic-anoxic interface in lakes and aquifers. He specializes in acquiring field datasets on the distribution of elements in the water column, sediment and pore water, and on their interpretation using numerical models.

He holds a BSc in Chemistry (2004) from Laval University, and a PhD in Water Sciences (2010) from the University of Quebec-INRS (Canada). He held a 6-month Marie-Curie Scholarship at the Center for Environmental Geosciences (CEREGE), in Marseille (France), and was a FRQNT postdoctoral fellow at the Georgia Institute of Technology in Atlanta, USA. From 2011 to 2013, he was a research faculty at the Department of Earth and Environmental Sciences at the University of Waterloo (Canada) with the CERC in Ecohydrology. From 2013 to 2018, he was a researcher, then section head at the Norwegian Institute for Water Research (NIVA) in Oslo, Norway, where he focused on the biogeochemical processes at the catchment scale. In 2018, he joined the Department of Chemistry at Laval University as an Associate Professor, where he holds the Sentinel North Research Chair in Aquatic Geochemistry. At University Laval, he is an active member of the Center for Northern Studies and deputy director of the Takuvik CNRS Joint International Laboratory.