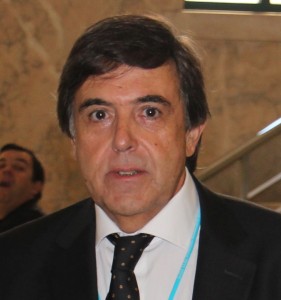 As a research group based in Heterogeneous Catalysis, CATHPRO started in the 90s, focused on Catalysis by Zeolites.
CATHPRO is currently constituted by 8 IDI, 3 PhD collaborators and 3 NIDI members (PhD students).
CATHPRO research and scientific activity is organized in five areas: 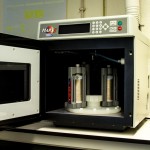 B - Catalysis for Energy, addressed on: catalysis for oil refining (cracking and hydrocracking), transformation of biomass
renewable feedstocks and use of CO2 as feedstock for fuels (SNG, DME) and chemicals (MeOH). A new subject, involving the
use bifunctional catalysts for the transformation of waste polymers into liquid fuels, has recently started.

C - Environmental Catalysis, mainly focused on the development of active and stable catalysts for the control of: NOx emissions
from automotive and stationary sources, as well as volatile organic compounds (VOCs) emissions.
Recently, a new subject involving the simultaneous elimination of NOx and VOCs from Municipal Waste Treatment units has
started.

D - Catalysis for functional and nanostructured polymers, that include the production of functional polyolefins and polyesters,
nanostructured PE/UHMWPE blends and polymer nanocomposites derived from these polymer matrixes.

POWER TO GAS (CAPTURE AND UTILIZATION OF CO2)
It consists on the conversion of captured CO2 into Synthetic Natural Gas (SNG) using hydrogen produced by renewable electric
(RE) power sources, allowing CO2 recycling as well as the storage of RE power and grid stabilisation. It involves two sequential
steps: (i)Ca-Looping for CO2 capture: results show that natural sorbents as Dolomites and waste marble powders are promising
natural inexpensive adsorbents, due to their increased CO2 carrying capacity and better cyclic stability, when compared with
standard Ca-based sorbents such as limestone and commercial CaCO3; (ii) Catalytic methanation of CO2: optimized hybrid
zeolite-based multifunctional catalysts, used for CO2 methanation were tested under meaningful experimental conditions (TRL 4-5
was achieved). Both thermal and DBD plasma-assisted catalysis were assessed. Best catalysts present enhanced activity and
selectivity for methane, when compared with tested commercial Ni/Al2O3 catalysts.

BIOFCC - CO-PROCESSING OF BIO-OILS AND CRUDE OIL IN FCC
The main objective of this study was to evaluate and understand the influence of typical oxygenated compounds, present on the
bio-oils obtained from biomass thermal treatment, on the catalytic properties of the active phases of fluid catalytic cracking (FCC)
catalysts (HY and HZSM-5 zeolites), and also of the equilibrated industrial catalyst, considering the possibility of bio-oils and
crude conventional feedstocks co-processing in the FCC process for fuel production.
In order to simulate the bio-oils co-feeding, different model O-compounds, representative of the bio-oils compositions, were mixed
with the hydrocarbon reactant, at several concentrations, such as phenol and guaiacol. Different reactant molecules were used:
the methylcyclohexane and n-heptane transformations were carried out as model reactions of catalytic cracking, representative of
the compounds classes present in the conventional FCC feedstocks: naphtenes and alkanes.